We are proud to have an amazing instructor team here at Front Range Flight School.

Please select a filter below if you wish to look for a specific area of training/focus, or view all to see the great team we have ready to help take your training to the next level! 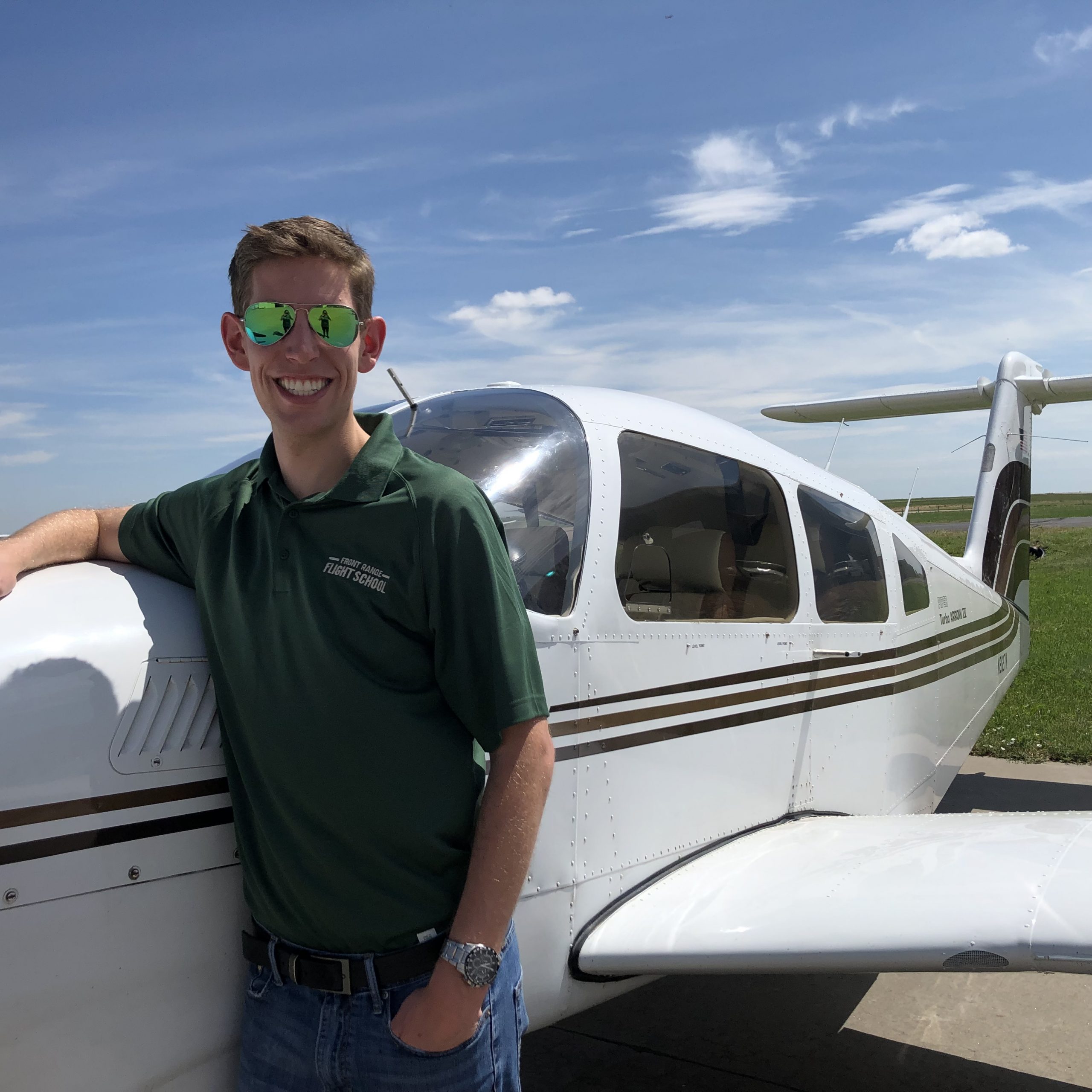 Adam Larsen grew up in Parker and fell in love with aviation when he went to his first airshow at the age of 6. He attended the University of North Dakota and graduated in 2013 with his CFI and CFII ratings and a Bachelors of Science in Aeronautics. He also works at the Denver Airport Communications Center and his long term goal is to fly as an airline pilot. 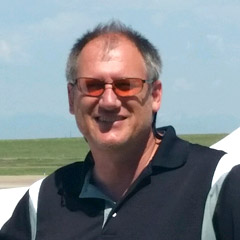 Alex Toussaint comes to Front Range Flight School with 15 years of aviation instruction and knowledge. Alex is currently employed at the Aviation Department of the Metropolitan State University of Denver. He is the Lab Coordinator for the World Indoor Airport, managing all the aviation related simulators and equipment that is keep within the aviation department. Alex has an extended background in aviation being a chief pilot for a local flight school, a Part 135 On Demand Operation. He was also a corporate pilot for a local Denver company. His passion with aviation shows when he is teaching the art of flying to new and former students. 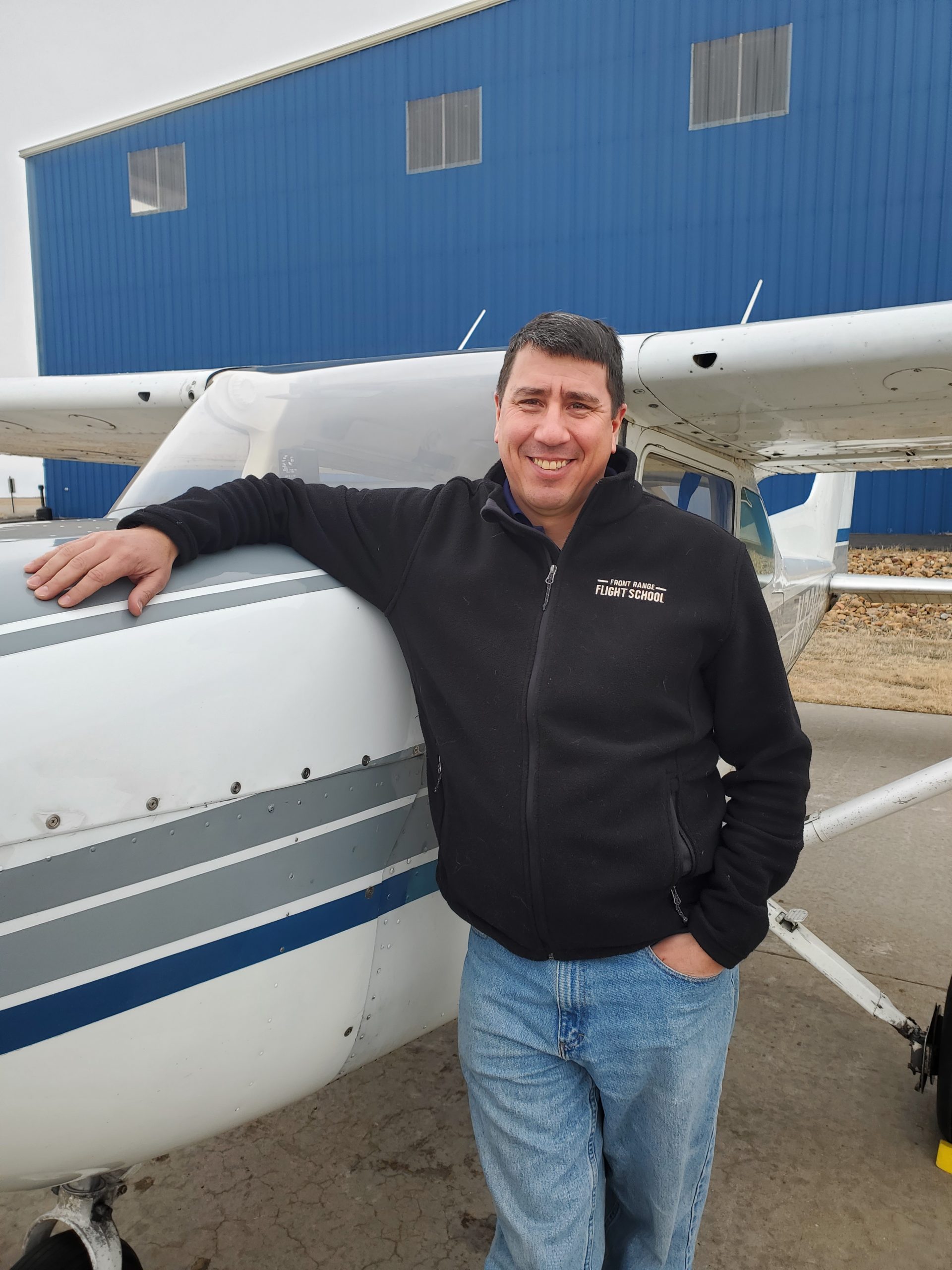 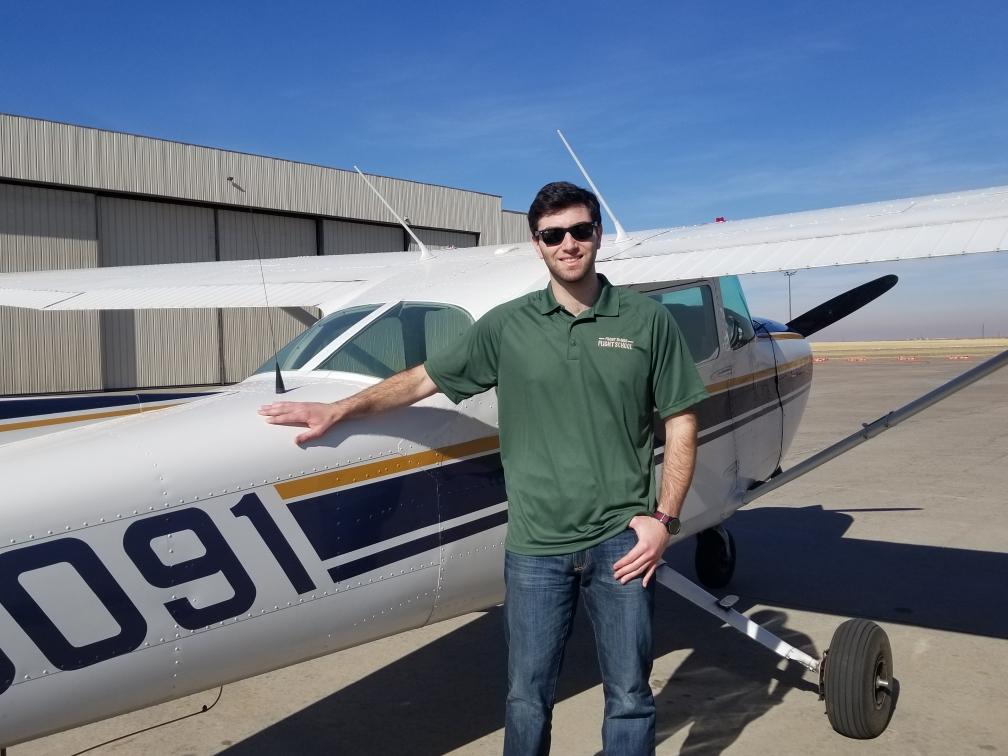 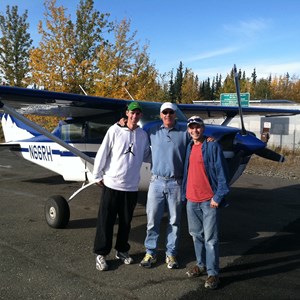 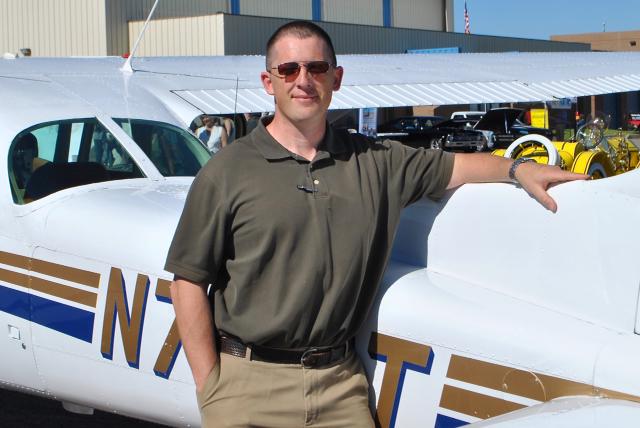 It continues to be his pleasure to operate as Chief Pilot of Front Range Flight School where people can come together and be around like minded individuals who are passionate about aviation and work to help each become better pilots.

Whether it is seeing a young person mature in front of him as they learn what it means to be a pilot, or hearing an adult student who has flown their first solo thank him for helping to realize a lifelong dream it is these experiences that will continue to drive his and our passion for aviation at Front Range Flight School. 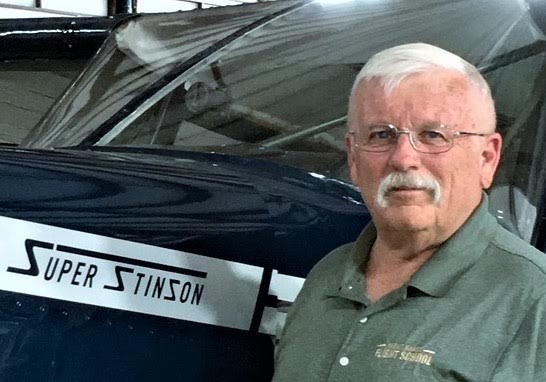 As a retired airline pilot, Burt has many years of experience, and is now able to fly as a hobby and help others achieve their dreams of flying as well. Burt has been type rated in the following aircraft: B-737, B-757/ 767, BA-3100, and F27. 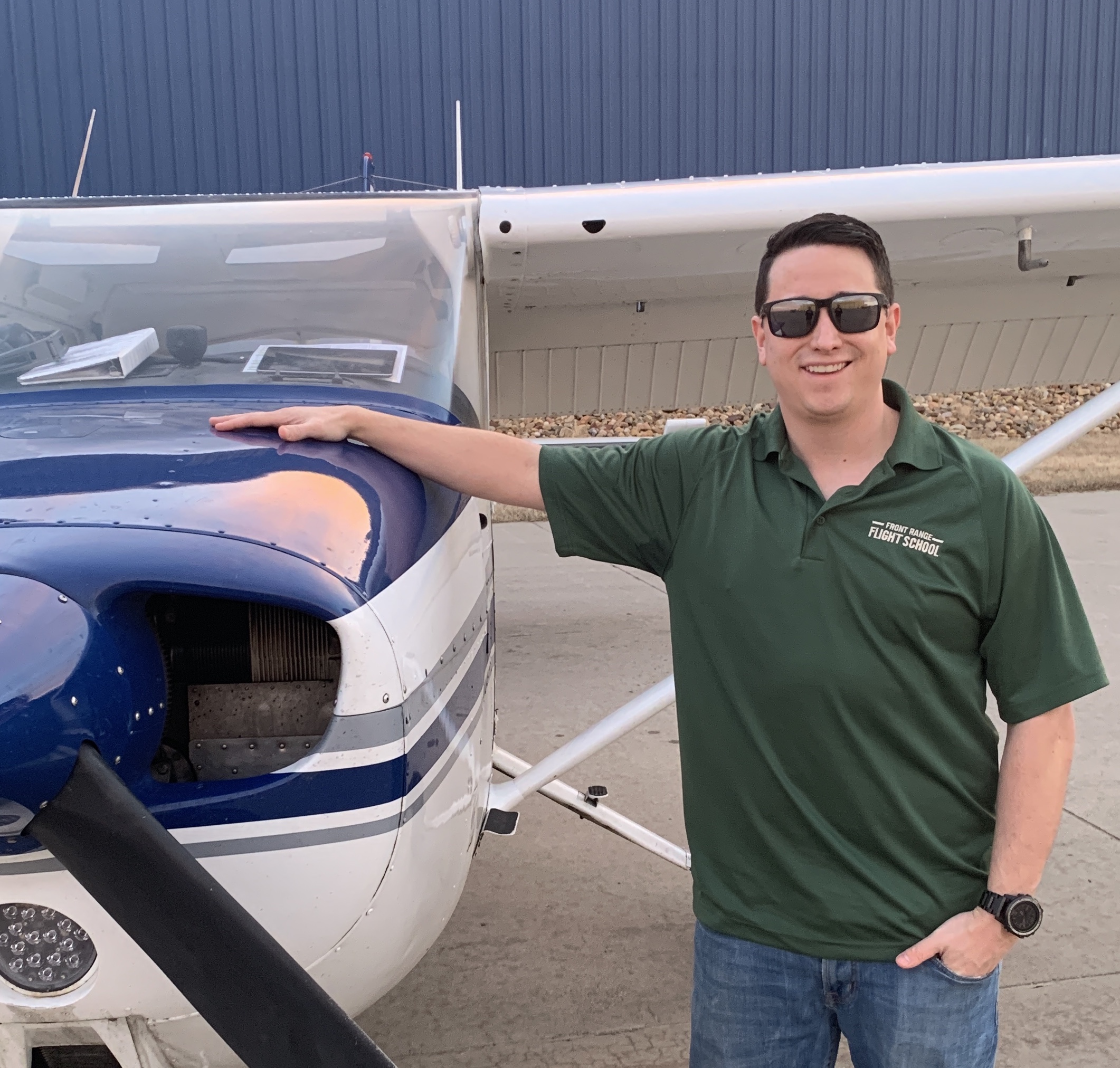 Chris learned to fly and obtained the majority of his ratings between 2005-2007. When the 2008 financial crisis occurred, his career aspirations changed and he became an Air Traffic Controller with the FAA. Chris currently works at Centennial Airport Air Traffic Control Tower and loves “controlling the chaos”. Chris is a CFI and CFII and loves helping future aviators achieve their goals! In his free time, Chris enjoys spending time with his wife and their border collie/basset hound named Aspen. 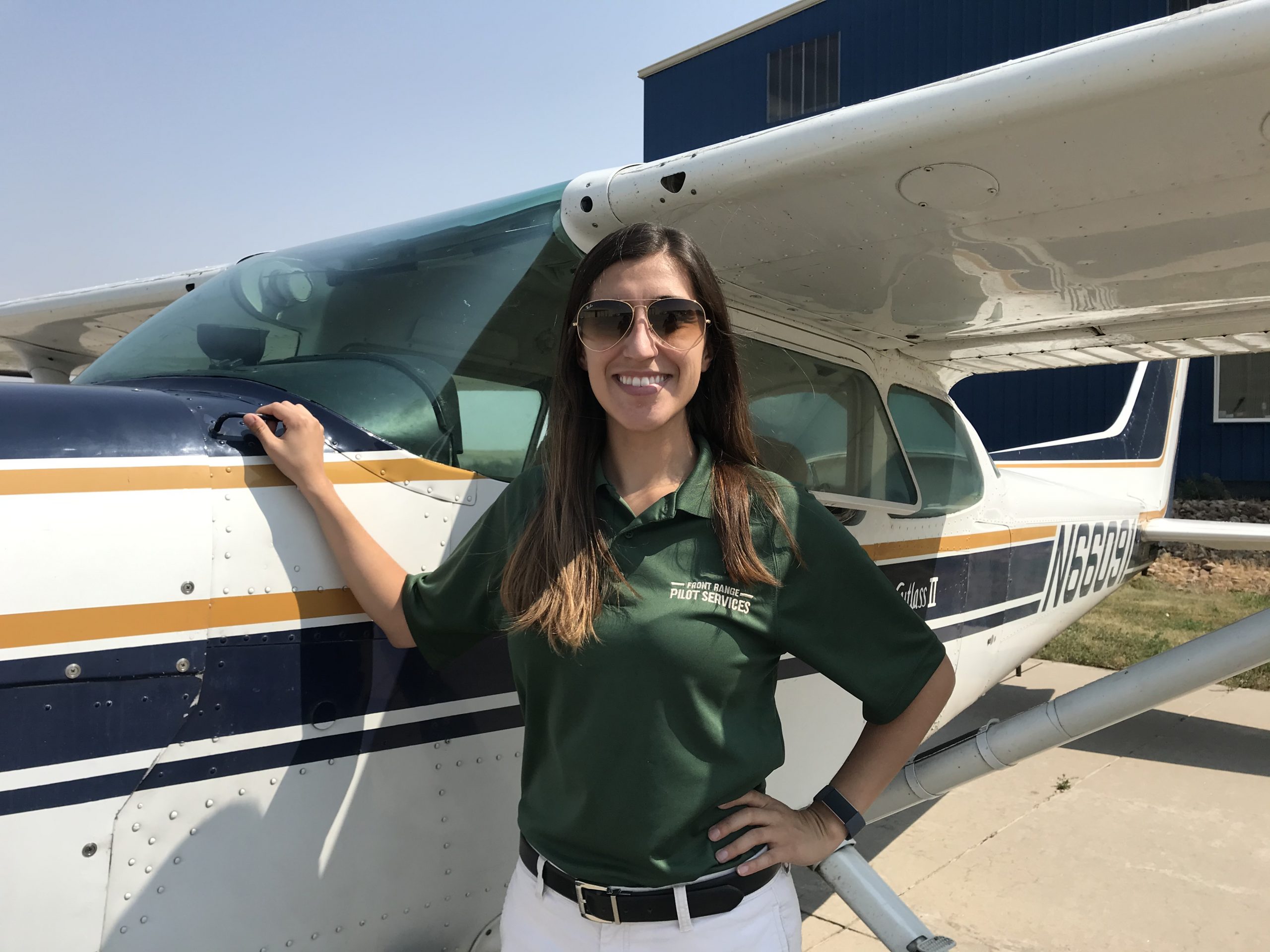 Kendra began flying in college when several members of a student flying organization encouraged her to take a discovery flight. Like many aviators, she was “bit by the aviation bug” and has been hooked on flying ever since. She went on to finish her degree in Civil Engineering and worked as an engineer for a few years before deciding to pursue a career as a professional pilot. Originally from Minnesota, she has lived in Wisconsin, Texas, Ohio, and Colorado, and consequently has a wide variety of flying experience. Her favorite part about being a flight instructor is getting to share her passion with others and helping people turn their dreams of becoming a pilot into reality. 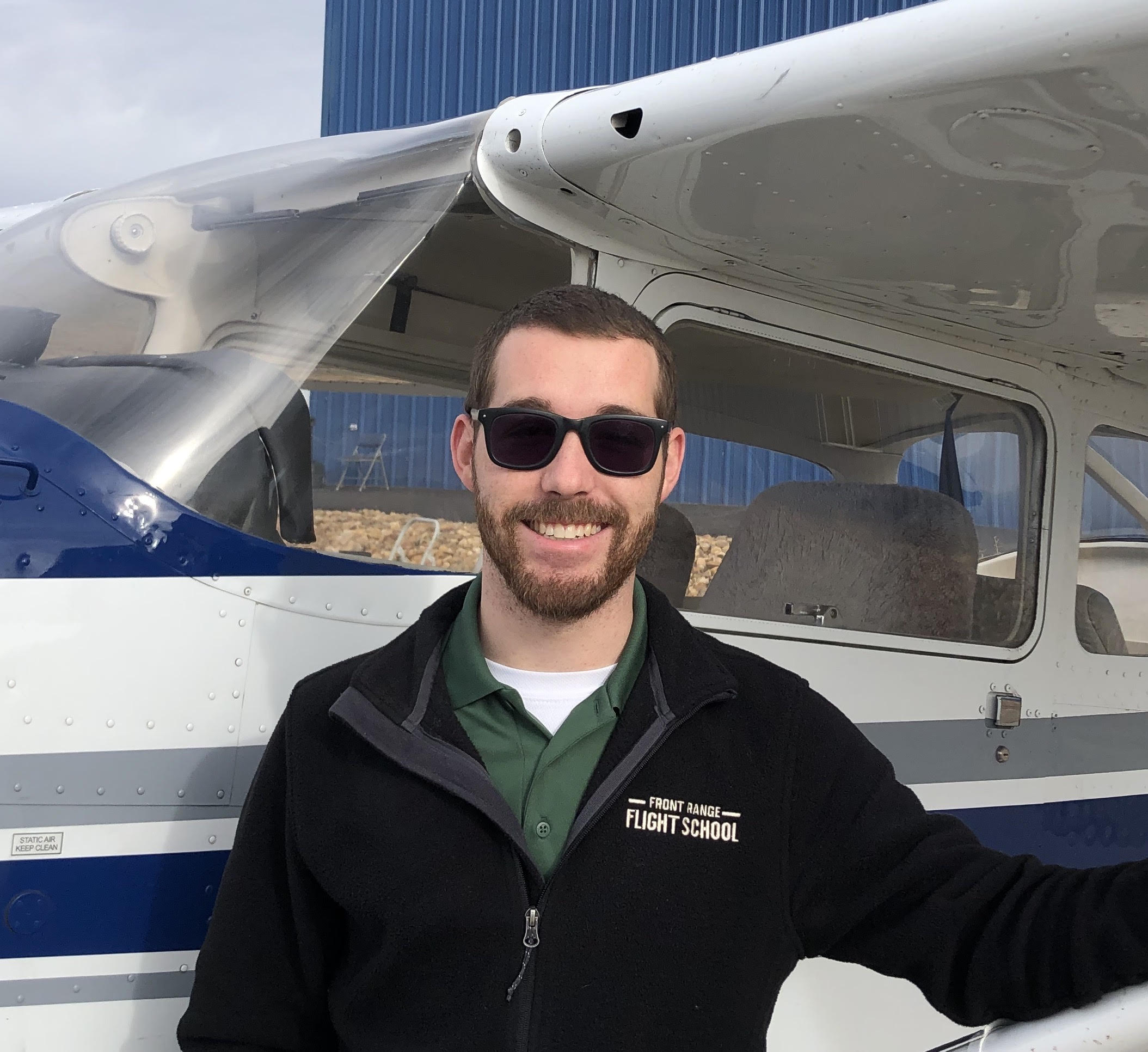 Levi Teague is from Indianapolis, Indiana and discovered his enthusiasm in aviation while going to many airshows as a kid with his grandfather.

He began flying in his second year at Purdue University after deciding that he wanted a career in aviation. While finishing his degree in Aviation Management, he went on to get his commercial and CFI ratings.

Levi has flown many models of Piper and Cessna aircraft across the US while working as a ferry pilot for an aircraft dealership in Indiana.

His long-term goals are to become a corporate or airline pilot. When not flying Levi watches college sports and spends time with family. 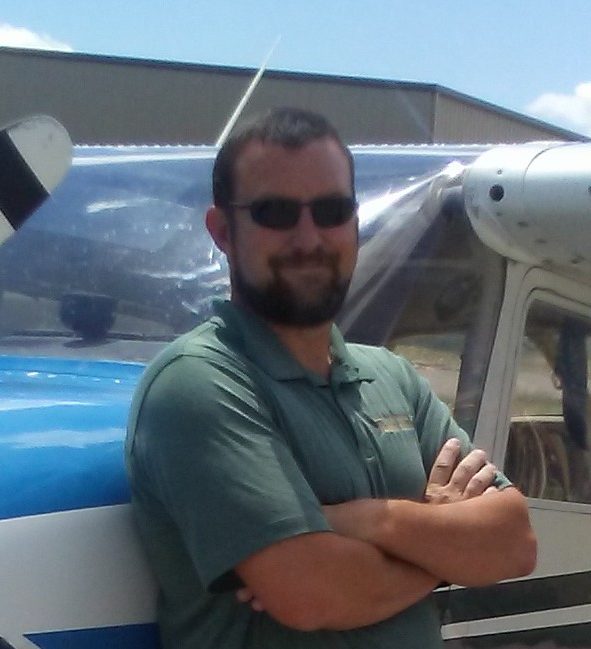 I started flying in 2007 as a full-time flight student. In 2008 I got my CFI rating and instructed for the next year. I also became a driver's ed instructor where I specialized in training autistic students. I am working to get into the airlines. I enjoy teaching and getting students to improve their flying skills. 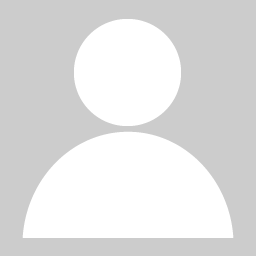 Shashank was raised in Kentucky and moved to Denver 5 years ago to pursue his pilot's license and certificates. He's had a love for aviation since his first flight on a commercial airliner at the age of 6. He started his aviation career on the engineering side, but switched to the flying side after discovering how much more fun it was to be in the air than on the ground.
Shashank has a commercial single and multi engine license with instrument rating. He recently got his instructor certificates including CFII, and MEI. He’s excited to be a part of the team and start teaching! 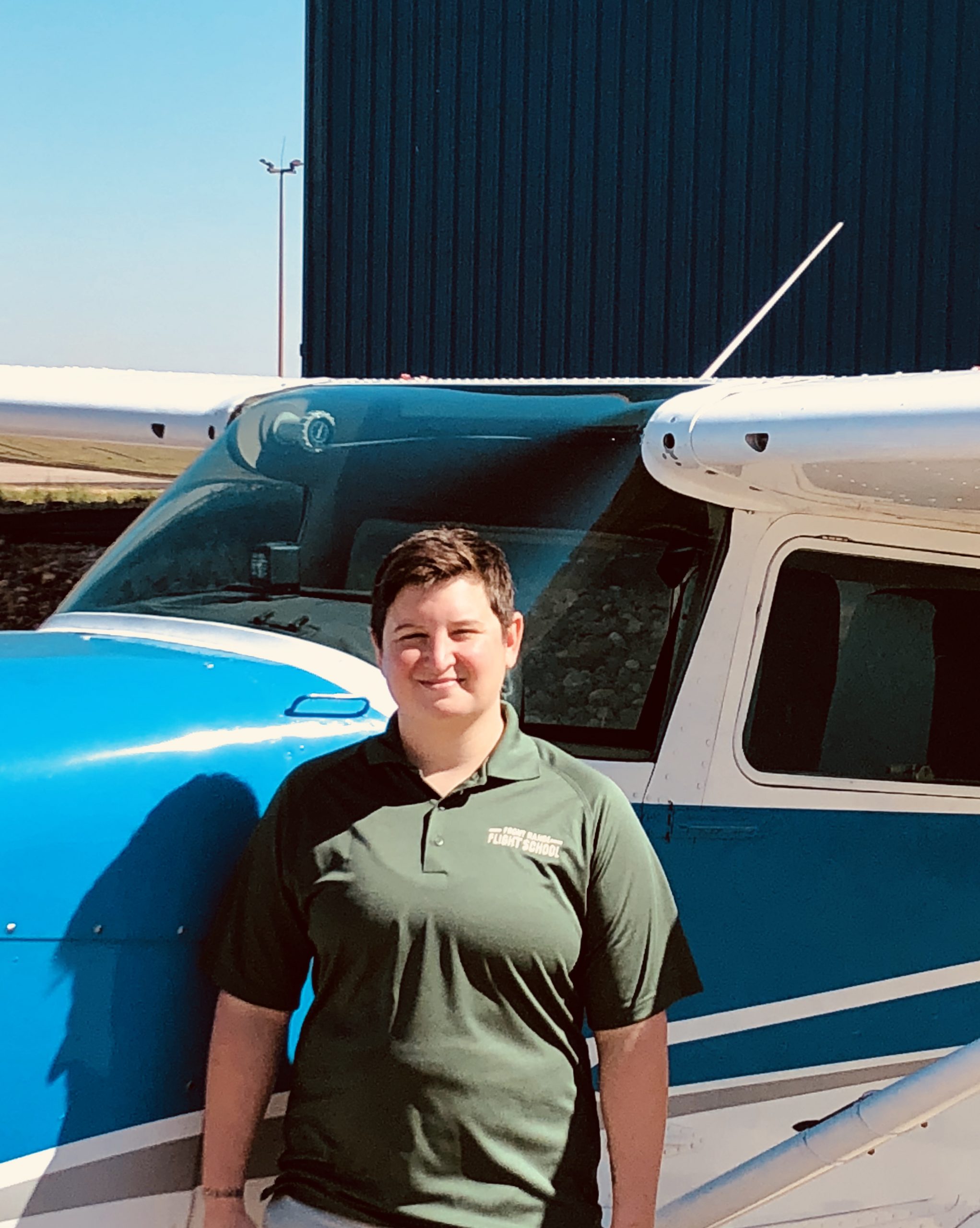 Taren grew up on the east coast of Florida and has lived everywhere from Oklahoma to Texas to Puerto Rico before settling in Colorado in 2013. Aviation runs in Taren’s family and Taren is excited to continue in that tradition. Taren has obtained Commercial Multi-Engine and Single-Engine Certificates as well as Single and Multi-Engine Instructor Certificates. Taren’s teaching approach is patient and collaborative. In Taren’s free time she enjoys spending time with family, their dog, and beautiful Colorado outdoors. Eventually, Taren hopes to become an airline pilot. 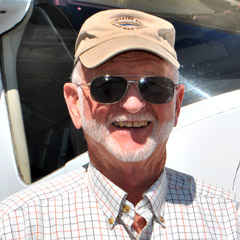 Tim Sale has been flying in the Rockies for almost 40 years. His first mountain experience was in a Piper J-3 Cub. The J-3 Cub is grossly underpowered and flying one in the mountains takes a lot of skill.

Tim’s students come from all over the USA and Canada to learn how to fly in the Rockies.

His approach is to teach pilots how to safely fly in the mountains, not just over them.

Tim will develop your skills on how to extract the maximum performance from your aircraft and use the terrain conditions in the mountains to their greatest extent. 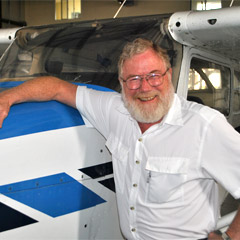